← more from
Riverworm Records
Get fresh music recommendations delivered to your inbox every Friday.
We've updated our Terms of Use. You can review the changes here. 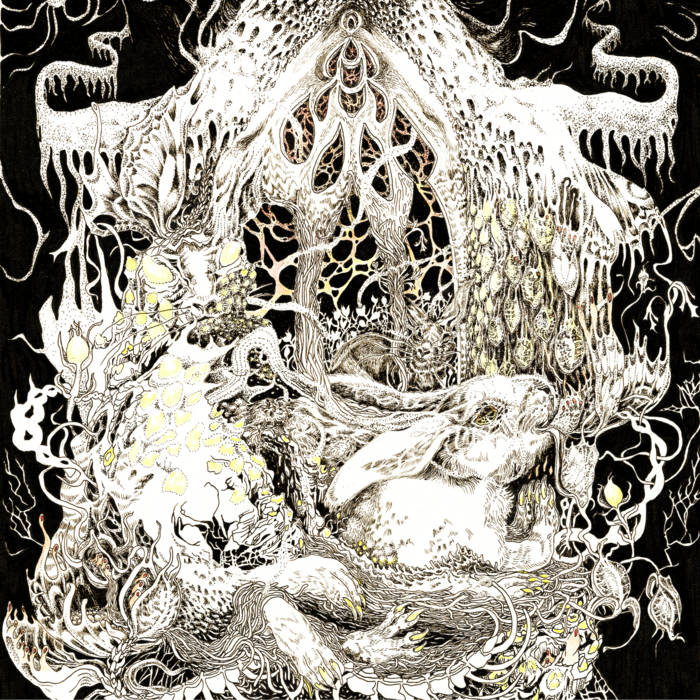 chooch028 This album is totally badass!

Over the course of its 20-year history, Ahleuchatistas has pushed the stylistic and technical boundaries of what an instrumental power trio/duo can do. Expansion is the 9th full length album from the genre-defying instrumental juggernaut led by guitarist Shane Parish. It features an all-new trio lineup with Trevor Dunn (Mr. Bungle, Fantomas, John Zorn) on bass, and Danny Piechocki (Terms) on drums.

In the intervening years since the release of Arrebato, the band’s 2014 album on International Anthem, Parish rambled into a career as an acoustic soloist, deconstructing and rearranging folk music. This seemingly new path emerged after composer John Zorn heard some of Parish’s off-the-cuff acoustic demos and subsequently released his celebrated 2016 solo album Undertaker Please Drive Slow on Tzadik Records. Ahleuchatistas, effectively, went on hiatus.
2022 marks the long awaited return of one of the 21st century’s most inventive bands.

In its early days, circa 2002, Ahleuchatistas adopted a Situationist ethos that was overtly committed to sonic disruption: the strategy was to play catchy epic melodic riffs full of fist-pumping emotion, but then abruptly switch to something seemingly unrelated, perhaps just as catchy, before the listener has a chance to achieve any kind of complacency-inducing catharsis. This resulted in a frenetic and mesmerizing formula which has delighted and bewildered an international cult following of listeners for two decades.

Expansion is an advancement of this radical approach. Adding the virtuosic and singularly creative Dunn and Piechocki to the mix has propelled Ahleuchatistas’ rhythmic and compositional possibilities beyond anything they have created prior.

The album is meticulously thru-composed and relentlessly paced from beginning to end. Riffs morph through perpetually evolving subtle variations, unfolding melodies that are simultaneously angular and organic. Parish’s slightly driven, clean-toned guitar playing constructs a vast architecture of pointillistic melodicism, twisting breathlessly through a labyrinth of shifting odd meters and ornate harmonic color. Dunn’s bass lines weave in and out of this complex tapestry with razor sharp precision, fluid counter melodies, and whimsy. Piechocki seems to be able to split himself in two, dealing with both Parish and Dunn’s inventions at the same time, all the while sounding like he is out for blood, thrashing the drums with blistering speed and staggering power.

With Expansion, Ahleuchatistas enters their third decade with their most intense and intricate album to date, a love letter to their old fans and an exciting fulfillment of their music’s early promise of exploding possibilities.

All music recorded and written by Ahleuchatistas

Music that is meticulously thru-composed and relentlessly paced from beginning to end, morphing through perpetually evolving subtle variations, unfolding melodies that are simultaneously angular and organic.

Bandcamp Daily  your guide to the world of Bandcamp

Sampa The Great joins the show to discuss her release, "As Above, So Below".